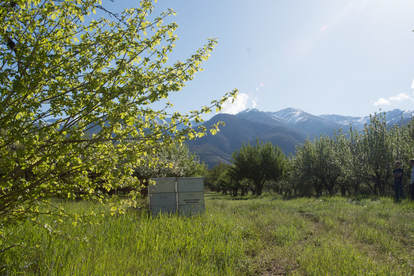 It all started one day while walking through these old, but nevertheless well-kept apple orchards; 100 acres of paradise right here on Boynton Rd. in Kaysville, Utah. The apple blossoms were in full bloom, and the honeybees were everywhere; their humming audible throughout the trees. Our family had farmed here in the past, mostly watermelons, alfalfa, clover and various fruits, so the bees were a normal occurrence, but this time the presence of the bees coming and going, their wavelike sound, and the way the all seemed to be focused on one unifying goal got us thinking, "These bees are taking this delicious nectar and depositing it in their local hives, never to be seen again. Our community would love to be able to take part in some of this natural magic!"

And then voila! Just like that we started collecting and selling honey! (Actually it took a lot of effort :)! But no matter how hard the bees worked, there was just not enough honey to sustain all the people coming to our door after seeing the "Fresh, Raw Honey" sign next to the walkway. It was selling like we'd never have believed. So, there was only one thing to do. We began to team up with other local bee-keepers, making sure that they followed the best natural harvesting techniques that makes local honey so delicious. We bring the fresh honey here to Elden Foods, pour it into pails without heat and without filtration and send it directly to you!

Later, we started going even further, we now sell the best honeys from around the world! What started as a small plan to let our neighbors taste some amazing local honey, now allows us to share incredible tasting, healthful, raw & unfiltered honey throughout the 50 states of the USA!

Thank you for being an Elden Foods customer! 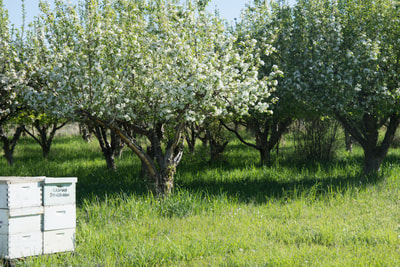 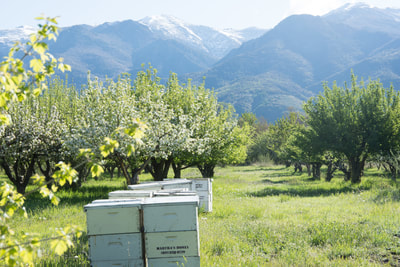 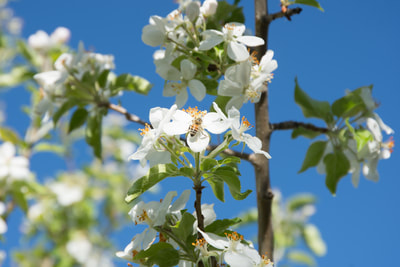